The bulk of biodiversity is in tropical forests; their degradation is equivalent to an impoverishment of the planet’s genetic heritage. In addition to saving ecosystems, forest conservation assures the availability of water, reduces soil erosion and therefore encourages economic development. Forest conservation also contributes to the stabilization of the climate as 20% of greenhouse gas emissions are due to tropical deforestation. laplaneterevisitee.org/en 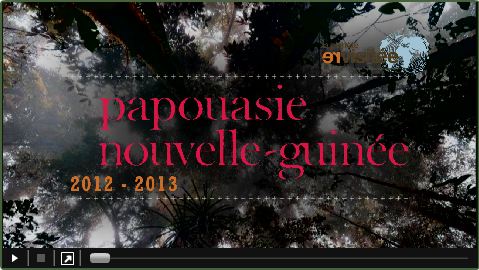 The scope of our ignorance

Unknown areas represent nine tenths of the surface of the biodiversity map. To date, 1.8 million species have been counted: roughly 10-20% of what exists on the planet. We have a partial and fragmented vision of biodiversity. Certain groups, such as mammals and birds, are very well known, but for others, particularly those essential to the maintenance and functioning of ecosystems, only speculative numbers are available.

At the current rate of inventory development, taking into account the resources and specialists available, it would take 1,000 years for a complete census of life forms on the planet. Given the current rate of extinctions due to humankind, one can estimate that close to half of the species may have already disappeared in less than 100 years. So what can we do? Developing new tools and methods of inventorying will help to accelerate census taking and learning about biodiversity in order to improve conservation.

For ten years, Pro-Natura has organized major scientific expeditions that bring together biologists from diverse horizons. This long collaboration with field scientists and research Institutions has led to the creation of networks of experts such as IBISCA that includes dozens of entomologists. The most recent expedition, Santo-2006, had the goal of establishing a complete ecosystem inventory of the Island of Santo located in the Vanuatu archipelago of the South Pacific.

Pro-Natura worked with two French research institutions, the Muséum d’Histoire Naturelle and the Institut de Recherche sur le Développement (IRD). The expedition brought together 150 scientists from 25 countries for five months with access to state of the art scientific resources and techniques. With Santos-2006, we were able to show: That the necessary change of scale for the knowledge of biodiversity is possible and brings quantifiable results. Thanks to the human and technical resources available in this unprecedented operation, more than 10,000 species were inventoried, hundreds of which are new to science. While the field of investigation in biodiversity is overwhelming, we confirmed that the challenge can be met with meticulous and exhaustive exploration techniques. That it is possible to share the results of a difficult subject with a large audience by integrating the different domains of science, technology and communication in the same operation. The diffusion of the operation through different media channels (Internet, daily publications, films and books) reached a large audience.

Contributing Foundations were the following: Stavros S. Niarchos Foundation, Total Foundation for Marine Biodiversity, Veolia Environnement Foundation, The Alfred P. Sloan Foundation, European Distributed Institute of Taxonomy, Fonds Pacifique, the French Ministry of Research, and the French Embassy in Vanuatu. Partner corporations were: Universal Sodexho, Ricoh, Solvay, Océan Vert, National Geographic, VRAI d’agriculture biologique, Telecom Vanuatu Limited. The next expeditions planned for 2008 are: Australia, the BATH project in collaboration with the Griffith University of Queensland; and Mozambique Canal: Mozambique-Madagascar-Tanzania We are in search of sponsors for these expeditions.

…by the development of concrete solutions for the exploration of biodiversity 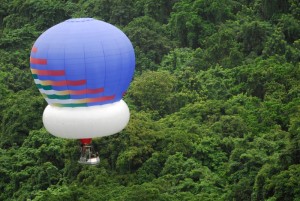 In partnership with the engineering company, Océan Vert, Pro-Natura develops and puts into operation tools for access to the canopy. The “Treetop Raft” and other equipment for exploration (Ikos, the Canopy Bubble) used in operations in South America (Guyana and Panama) and in Africa (Gabon, Cameroon, and Madagascar) have had a tremendous success in terms of science but also in the media. This equipment increases the field for scientific investigation and offers biologists working in tropical forests the equivalent of research capacities used in oceanography. The latest brainchild of this series of exploration crafts, the Canopy Glider, had its first flights in 2006 in Vanuatu. It allows two scientists on board to work directly on top of tall trees to collect samples and perform measurements.