The black earth discovered in Amazonia, that dates well before the Conquistadors, was nourished with ground charcoal and organic residues. Several thousand years later, this enriched soil is a lot more fertile than the normal one and the charcoal is still present, proving the stability of that type of carbon. 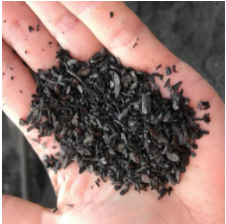 It is the International Biochar Initiative of Cornell University that started promoting that technology around 10 years ago and has shown that biochar stimulates the soil metabolism and immune defences of the plants that protect them against diseases and insects. On top of that, biochar acts as a water retention agent and is particularly effective in arid soils.
Today biochar is produced by pyrolysis of biomass (heating it to around 500°C in the absence of oxygen), generally crop residues. It is composed of small black fragments, light and porous.

Biochar is working miracles in agriculture 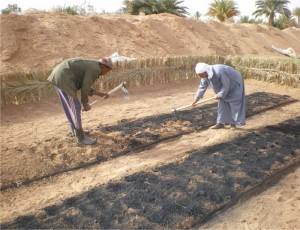 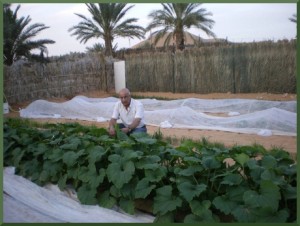 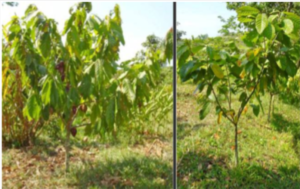 It is a soil amendment that is ploughed-in only once and has a lasting effect for centuries. Added to a tree, biochar doubles its growth rate, which induces more fruiting. On the photo, one can observe 2 cocoa trees in Belize being 3 years old: the one on the left is much more productive thanks to biochar compared to the one on the right without biochar. 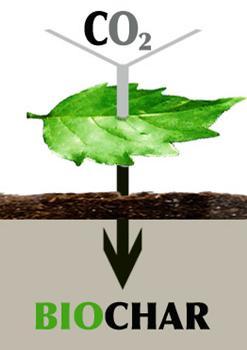 As plants grow, they draw down atmospheric carbon dioxide (CO2) to produce biomass that contains carbon. Rather than allowing plant matter to decompose and emit CO2, pyrolysis transforms around half of the carbon stored in plant tissue into a stable and inactive form of carbon.

In 2018 and 2019, the IPCC published two reports examining biochar’s potential for permanent carbon removal. It estimated biochar’s annual offset potential to 1–2 billion tonnes of CO2 were it to be deployed at a massive, global scale. As governaments and companies worldwide aim to be carbon neutral, this definitive scientific recognition is turning to biochar as an essential way to alleviate our climate crisis.

Biochar is uniquely positioned, as it is, “one of only a few permanent carbon removal technologies, and the one at highest technology readiness level” (O. Mašek et al., Nature, 2019).

Pro-Natura won the Altran Foundation’s first prize for technological innovation with its pioneering pyrolysis unit. The most recent CarboChar machines are producing very high quality biochar in an ecological way from unused and renewable agricultural and forest residues. For example, wheat and rice straws, cotton and corn stalks, rice husks or coffee pods can be used. Wood residues can also be charred, with a yield about three times greater than conventional charring processes.

The process has the following characteristics:

Pro-Natura International has pioneered the use and development of biochar-production technologies in Africa, spending the past 20 years building and refining the CarboChar designed by Engineer Rachid Hadibi. It is a set of pyrolysis machines optimised for developing countries and producing 1 to 5 tonnes of biochar per day.

See: Technical description of the machine

The yield (weight of green coal produced relative to the weight of the biomass at 15% humidity) reaches 35% to 45%, depending on the type of biomass.

CarboChar-3 can also co-generate electricity. It produces 0.5 MW of sustainable heat that can be converted into electricity. 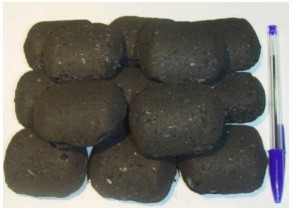 It is basically an “ethical charcoal,” biochar’s value is not limited to agriculture. Unlike most charcoal, which causes large scale deforestation, biochar is purposely made from agricultural/forest waste using pyrolysis technology. It can also be used as a sustainable fuel to replace charcoal made from deforestation wood.
This green charcoal not only avoids emissions from burning a non-renewable fuel, but also avoids the large quantities of methane (CH4) emissions generated by the artisanal production of charcoal. CH4 is a greenhouse gas with a global warming potential roughly 35 times greater than CO2 (considering a 100-year timeframe), making it particularly harmful.
Charcoal use in developing countries, and especially Africa, is a major source of deforestation and biodiversity loss. When considering the avoided-deforestation and methane-avoidance effects, we estimate (based on a UNFCCC methodology) that 1 tonne of green charcoal is equivalent to 4 tonnes of avoided CO2 emissions.
Green charcoal does not emit hydrocarbons in the fumes and an estimate of 4 million women and children who die each year breathing in charcoal fumes could be saved.